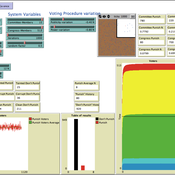 An agent-based model is used to simulate legislators’ behavior under secret voting rules, as influenced by the power of the accused politician, the composition of the voting body, and the publicity of the accusations. 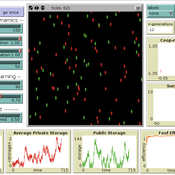