The model measures drivers of effectiveness of risk assessments in risk workshops where a calculative culture of quantitative skepticism is present. We model the limits to information transfer, incomplete discussions, group characteristics, and interaction patterns and investigate their effect on risk assessment in risk workshops, in order to contrast results to a previous model focused on a calculative culture of quantitative enthusiasm.

The model simulates a discussion in the context of a risk workshop with 9 participants. The participants use constraint satisfaction networks to assess a given risk individually and as a group. 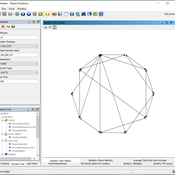 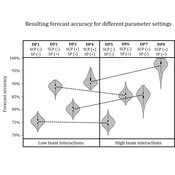 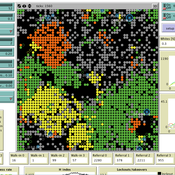 labour market segmentation social network agent-based social simulation immigration
This website uses cookies and Google Analytics to help us track user engagement and improve our site. If you'd like to know more information about what data we collect and why, please see our data privacy policy. If you continue to use this site, you consent to our use of cookies.
Accept