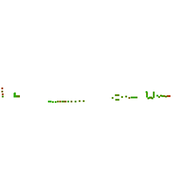 This model aims to investigate how different type of learning (social system) and disturbance specific attributes (ecological system) influence adoption of treatment strategies to treat the effects of ecological disturbances.

Indirect reciprocity can be evolved by the shared information among the people of small subgroups in the population.