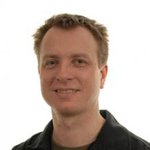 Gary Polhill did a degree in Artificial Intelligence and a PhD in Neural Networks before spending 18 months in industry as a professional programmer. Since 1997 he has been working at the Institute on agent-based modelling of human-natural systems, and has worked on various international and interdisciplinary projects using agent-based modelling to study agricultural systems, lifestyles, and transitions to more sustainable ways of living. In 2016, he was elected President of the European Social Simulation Association, and was The James Hutton Institute’s 2017 Science Challenge Leader on Developing Technical and Social Innovations that Support Sustainable and Resilient Communities.