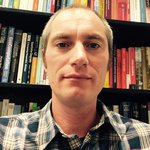 Andrew Crooks is an Associate Professor with a joint appointment between the Computational Social Science Program within the Department of Computational and Data Sciences and the Department of Geography and GeoInformation Science, which are part of the College of Science at George Mason University. His areas of expertise specifically relate to integrating agent-based modeling (ABM) and geographic information systems (GIS) to explore human behavior. Moreover, his research focuses on exploring and understanding the natural and socio-economic environments specifically urban areas using GIS, spatial analysis, social network analysis (SNA), Web 2.0 technologies and ABM methodologies.

We investigate the interplay of homophily, differentiation, and in-group cooperation mechanisms on the formation of opinion clusters and emergence of radical opinions. 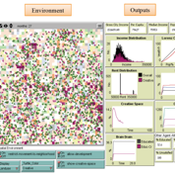 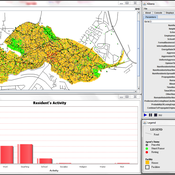 Modeling the Emergence of Riots

The purpose of the model is to explore how the unique socioeconomic variables underlying Kibera, local interactions, and the spread of a rumor, may trigger a riot. 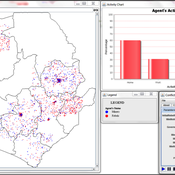 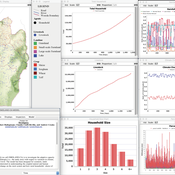 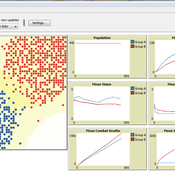 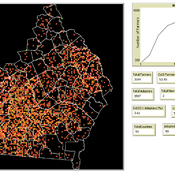