This paper tries to shed some light on the mutual influence of citizen behaviour and the spread of a virus in an epidemic. While the spread of a virus from infectious to susceptible persons and the outbreak of an infection leading to more or less severe illness and, finally, to recovery and immunity or death has been modelled with different kinds of models in the past, the influence of certain behaviours to keep the epidemic low and to follow recommendations of others to apply these behaviours has rarely been modelled. The model introduced here uses a theory of the effect of norm invocations among persons to find out the effect of spreading norms interacts with the progress of an epidemic. Results show that norm invocations matter. The model replicates the histories of the COVID-19 epidemic in various region, including “second waves” (but only until the end of 2021 as afterwards the official statistics ceased to be reliable as many infected persons did not report their positive test results after countermeasures were relieved), and shows that the calculation of the reproduction numbers from current reported infections usually overestimates the “real” but in practice unobservable reproduction number. 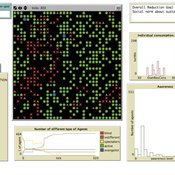 This model simulates economic and epidemiological interaction between citrus production and the disease Huanglongbing (HLB), which is vectored by the Asian citrus psyllid. The model is used to evaluate area-wide coordinated spraying when free-riding is possible given individuals’ beliefs in other grower participation in area-wide spraying and in the information provided by extension on the threat as HLB spread. 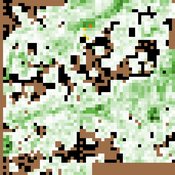 Agent based modelling customer preferences insurance word of mouth
This website uses cookies and Google Analytics to help us track user engagement and improve our site. If you'd like to know more information about what data we collect and why, please see our data privacy policy. If you continue to use this site, you consent to our use of cookies.
Accept