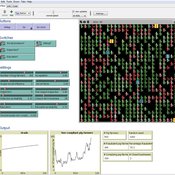 This model investigates the link between prescribed growth in body size, population dynamics and density dependence through population feedback on available resources.

Demographic microsimulation for individuals and couples

The simulation model conducts fine-grained population projection by specifying life course dynamics of individuals and couples by means of traditional demographic microsimulation and by using agent-based modeling for mate matching. 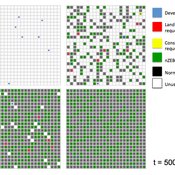 This model illustrates actor interaction in the construction sector, according to information gathered in NL. It offers a simple frame to represent diverse interests, interdependencies and effects on the number of built sustainable houses.

near-zero energy buildings sustainable construction sustainability
This website uses cookies and Google Analytics to help us track user engagement and improve our site. If you'd like to know more information about what data we collect and why, please see our data privacy policy. If you continue to use this site, you consent to our use of cookies.
Accept