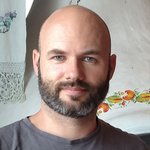 GARRY SOTNIK is a Lecturer with the Sustainability Science and Practice Program in the School of Earth, Energy and Environmental Sciences. He is a systems scientist with research focused on identifying robust strategies in contexts defined by deep uncertainty and global climate change. Garry develops and implements agent-based computer simulation models that explore co-evolutionary interactions among human cognition and behavior, on the one end, and biophysical conditions, on the other. He has experience designing and teaching courses on agent-based modeling and on different approaches to modeling coupled human and natural systems. Garry holds a Ph.D. in Systems Science from Portland State University and an M.A. in Economics and a B.S. in Management from Boston University.