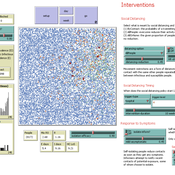 The impacts of income inequality can be seen everywhere, regardless of the country or the level of economic development. According to the literature review, income inequality has negative impacts in economic, social, and political variables. Notwithstanding of how well or not countries have done in reducing income inequality, none have been able to reduce it to a Gini Coefficient level of 0.2 or less.
This is the promise that a novel approach called Counterbalance Economics (CBE) provides without the need of increased taxes.
Based on the computer simulation run on NetLogo, if the Counterbalance Economics model was introduced into the Australian, UK, US, Swiss or German economies, between 2006 and 2018, these economies would have increased their overall GDP by around 4 per cent and reduced their level of inequality from an average of 0.33 down to 0.08. A detailed explanation of how to use the model, software, and data dependencies along with all other requirements have been included as part of the info tab in the model.

The three-day participatory workshop organized by the TISSS Lab had 20 participants who were academics in different career stages ranging from university student to professor. For each of the five games, the participants had to move between tables according to some pre-specified rules. After the workshop both the participant’s perception of the games’ complexities and the participants’ satisfaction with the games were recorded.

In order to obtain additional objective measures for the games’ complexities, these games were also simulated using this simulation model here. Therefore, the simulation model is an as-accurate-as-possible reproduction of the workshop games: it has 20 participants moving between 5 different tables. The rules that specify who moves when vary from game to game. Just to get an idea, Game 3 has the rule: “move if you’re sitting next to someone who is waring white or no socks”.

An exact description of the workshop games and the associated simulation models can be found in the paper “The relation between perceived complexity and happiness with decision situations: searching for objective measures in social simulation games”. 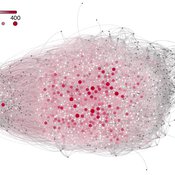 The purpose of the model is to explore the influence of two circular business models (CBMs), i.e. Circular Waste Management and Waste-as-byproduct, and its design variables on CBM viability. The model represents an Industrial Symbiosis Network (ISN) in which a processor uses the organic waste from suppliers to produce biogas and nutrient rich digestate for local reuse. The model can be used to test the viability of the CBM, which is expressed as value captured (avg. cash flow/ton waste/actor) and the survival of the network over time.

In the model, the value captured is calculated relative to the initial state, using incineration costs as a benchmark. Moderating variables are interactions with the waste incinerator and actor behaviour factors. Actors may leave the network when the waste supply for local production is too low, or when personal economic benefits are too low. When the processor decides to leave, the network fails. 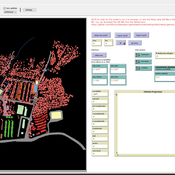 social influence opinion dynamics ToRealSim behavioural experiments
This website uses cookies and Google Analytics to help us track user engagement and improve our site. If you'd like to know more information about what data we collect and why, please see our data privacy policy. If you continue to use this site, you consent to our use of cookies.
Accept