An Agent-based model of the economy with consumer credit

The model was built to study the links between consumer credit, wealth distribution and aggregate demand in a complex macroeconomics system. 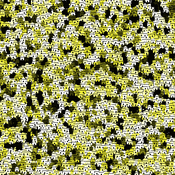 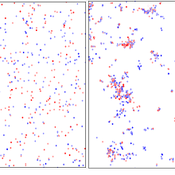 In order to test how prosocial strategies (compassionate altruism vs. reciprocity) grow over time, we developed an evolutionary simulation model where artificial agents are equipped with different emotionally-based drivers that vary in strength. Evolutionary algorithms mimic the evolutionary selection process by letting the chances of agents conceiving offspring depend on their fitness. Equipping the agents with heritable prosocial strategies allows for a selection of those strategies that result in the highest fitness. Since some prosocial attributes may be more successful than others, an initially heterogeneous population can specialize towards altruism or reciprocity. The success of particular prosocial strategies is also expected to depend on the cultural norms and environmental conditions the agents live in.