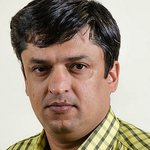 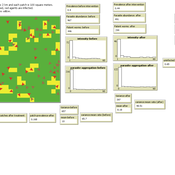 This model simulates the negative binomial distribution of parasites in the hosts, and how interventions like anthelminthic treatment or host culling affects host-parasite dynamics. 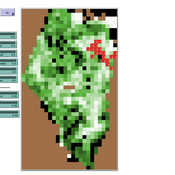 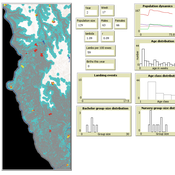 A simple ABM for converting (and calibrating) finite rates to probabilities. For example, annual mortality rate for a population can be converted to a daily/weekly/monthly/yearly probabiity of an individual dying at any given step. This model will be a particulalry useful tool for agent-based modelers. 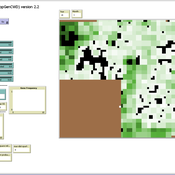 An agent-based model to evaluate the influence of Prnp variability on the spread and dynamics of CWD in white-tailed deer populations.