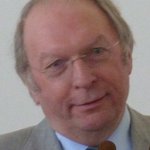 Klaus G. Troitzsch was a full professor of computer applications in the social sciences at the University of Koblenz-Landau since 1986 until he officially retired in 2012 (but continues his academic activities). He took his first degree as a political scientist. After eight years in active politics in Hamburg and after having taken his PhD, he returned to academia, first as a senior researcher in an election research project at the University of Koblenz-Landau, from 1986 as full professor of computer applications in the social sciences. His main interests in teaching and research are social science methodology and, especially, modelling and simulation in the social sciences.
Among his early research projects there is the MIMOSE project which developed a declarative functional simulation language and tool for micro and multilevel simulation between 1986 and 1992. Several EU funded projects were devoted to social simulation and policy modelling, the most recent from 2012 to 2015 combining data/text mining and agent-based simulation to analyse the global dynamics of extortion racket systems.
He authored, co-authored, and co-edited several books and many articles in social simulation, and he organised or co-organised a number of national and international conferences in this field. Over nearly three decades he advised and/or supervised more than 55 PhD theses, most of them in the field of social simulation. He offered annual summer and spring courses in social simulation between 1997 and 2009; more recent courses of this kind are now being organised by the European Social Simulation Assiciation and held at different places all over Europe (mostly with his contributions).

The purpose of this study is another agent-based replication of a System Dynamics model (Anderson,1973) where he analysed the dynamics of nutrient, biomass, oxygen and detritus in a model lake under conditions of artiﬁcial fertilising and policies to deal with the consequences of artiﬁcial fertilising.. A ﬁrst replication (Möhring & Troitzsch,2001) added those agents to the original model that were necessary to move the role of the experimenter into the model, whereas this replication replaces the original lake with a collection of small elements between which biomass, nurtrents and oxygen are exchanged, adds rivers upstream and downstream as well as adjacent land divided into villages and populated with farms and industrial plants run by individual persons.