In 1922 A.J. Lotka proposed that there was a fundamental phenomenon operating in both ecological and economic systems that caused them to evolve to capture and use energy at the highest rates possible. He identified natural selection as the general causative process. In 1955 H.T. Odum and R.C. Pinkerton expanded on that idea and, using Atwood’s machine as one example, proposed the existence of a principle that could explain the dynamics of open systems of many kinds.

Odum subsequently called it the Maximum Power Principle (MPP), and advocated that it be considered the fourth law of thermodynamics. In short, the MPP says (my words) that any system that is non-isolated with respect to energy flows will, through a process of natural selection, evolve such that (a) the system as-a-whole will capture and degrade energy at maximum power (maximum production of entropy); while (b) each component energy transformation will evolve to function at minimum power (minimum production of entropy) but at some intermediate efficiency. That is, within the system the components transfer still-useful energy at maximum power, while the system as-a-whole degrades that energy at a maximum rate, thereby generating complexity.

In a diary note available with this model, I have developed the concept of an abstract Open Atwood’s Machine (OAM) which can be formed into webs of OAMs. In a fierce quasi-Darwinian competition for energy, these agents capture and expend energy, reproduce via fission, mutate, and struggle for survival. The main tenet of the MPP is exhibited: maximum power is achieved at an efficiency of ~50%, and the efficiency of the components of the system (the OAMs) converges to that common value.

This is one of a series of models exploring the dynamics of sustainable economics – PSoup, ModEco, EiLab, OamLab, MppLab, TpLab, CmLab. I believe that ABMs offer an excellent class of systems in which the MPP can be studied. 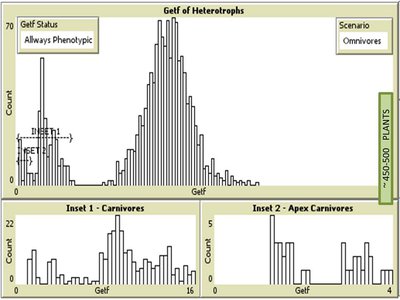 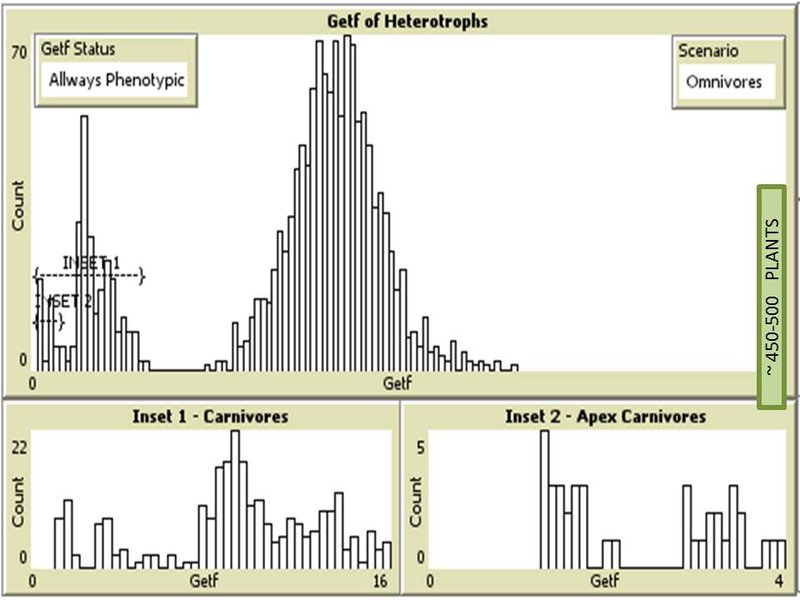 This is the first version of MppLab to be published in OpenABM.