An Agent-Based Model of Flood Risk and Insurance (version 1.0.0)

The purpose of the model is to investigate the role of flood protection measures in risk reduction; the working of the existing public-private flood insurance partnership in the UK; the proposed insurance scheme ‘Flood Re’; and how these schemes can be used to incentivize flood risk management.
To do this the model simulates a housing market in an area at risk of surface water flooding in London, UK. The model is specifically set-up for the London Borough of Camden, but is also able to simulate a ward in the London borough of Bromley and the London borough of Croydon. The housing market is modelled using a double auction market and reacts to flood events in the area. By giving a person the ability to invest in property level protection measures and the local government the ability to invest in the building of flood defences, the role of flood protection measures in flood risk reduction can be investigated.
This can initially be done under the influence of the current public-private partnership between the government and the insurers in the UK. Secondly, the working and the influence of the proposed ‘Flood Re’ system can be investigated. 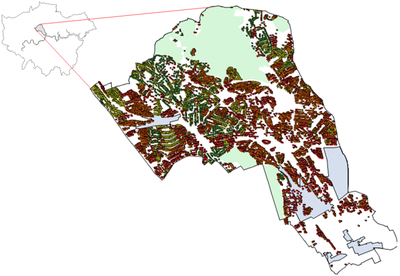 An Agent-Based Model of Flood Risk and Insurance 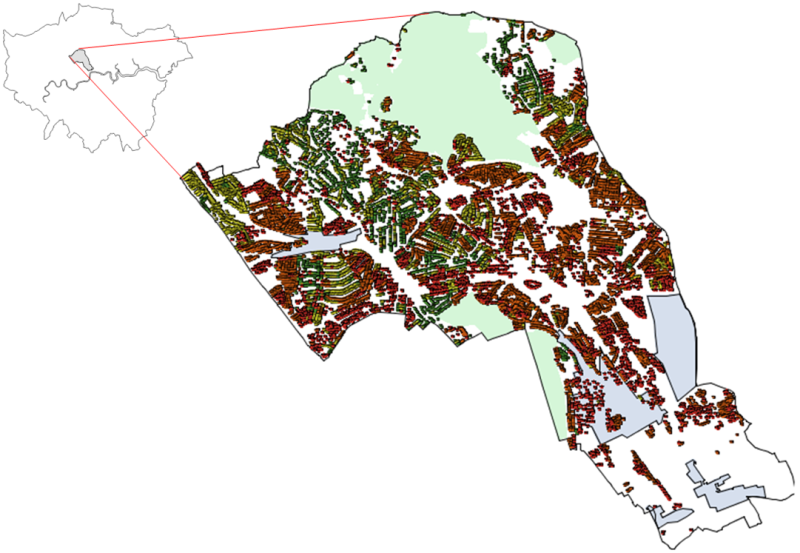