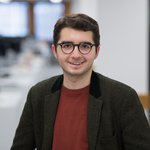 Sedar is a PhD student at the University of Leeds, department of Geography. He graduated in Computer Science at King’s College London 2018. From a very early stage of his degree, he focused on artificial intelligence planning implementations on drones in a search and rescue domain, and this was his first formal attempt to study artificial intelligence. He participated in summer school at Boğaziçi University in Istanbul working on programming techniques to reduce execution time. During his final year, he concentrated on how argumentation theory with natural language processing can be used to optimise political influence. In the midst of completing his degree, he applied to Professor Alison Heppenstall’s research proposal focusing on data analytics and society, a joint endeavour with the Alan Turing Institute and the Economic and Social Research Council. From 2018 - 2023 he will be working on his PhD at the Alan Turing Institute and Leeds Institute for Data Analytics.

Sedar will be focusing on data analytics and smart cities, developing a programming library to try simulate how policies can impact a small world of autonomous intelligent agents to try deduce positive or negative impact in the long run. If the impact is positive and this is conveyed collectively taking into consideration the agent’s health, happiness and other social characteristics then the policy can be considered. Furthermore, he will work on agent based modelling to solve and provide faster solutions to economic and social elements of society, establishing applied and theoretical answers. Some other interests are: