Genetic studies have revealed a cline between Asian and Papuan genetic ancestry across Island Southeast Asia, with most change occurring abruptly in eastern Indonesia. Evidence suggests that this pattern is the joint outcome of geographic, demographic and social features. This agent-based model simulates social behavior, technological advantages and demography within an explicit geographical framework to determine how these factors influenced prehistoric human movements, and hence, modern patterns of genetic diversity.

In brief, a network of populations is laid across Southeast Asia, with connections only allowed within a defined radius. All humans within a population are initially assigned to one of two ancestries: Asian or Papuan. The model allows different Asian starting distributions, ranging from Asian groups being restricted to mainland Asia, or instead distributed across parts of western Island Southeast Asia (such as Taiwan, Sumatra and Borneo). The remaining populations are initiated as Papuan. Individuals then migrate and mix during a simulated Neolithic farming expansion, beginning 4500 years ago. Agents can be unmarried (allowing them to migrate and/or marry), and once married, family agents can have children, but can no longer move. 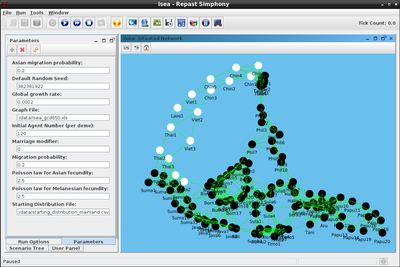 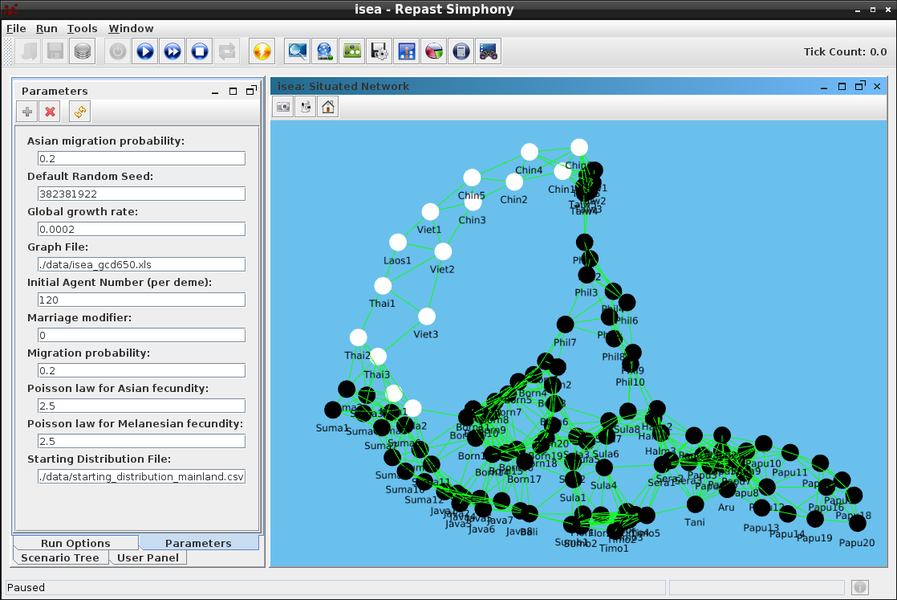