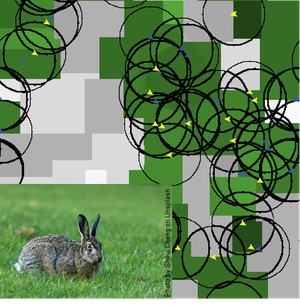 The model requires two input files which define the two different agriculatural landscapes which the model is able to represent. The model was evaluated using BehaviorSpace, therefore it does not include any file output.

The GUI includes elements which are guiding the use of the program.

This model has not been reviewed by CoMSES Net and should be independently reviewed to meet the Open Code Badge guidelines.
You can use the following HTML or Markdown code to create an Open Code Badge that links to version 1.2.0 of this computational model.
Download Version 1.2.0
Authors