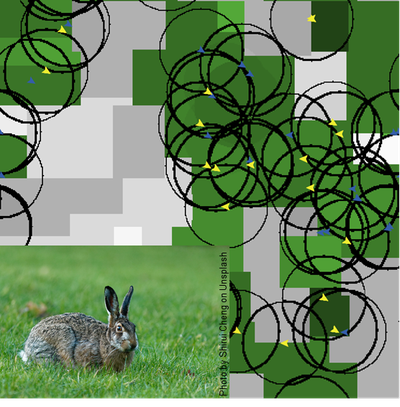 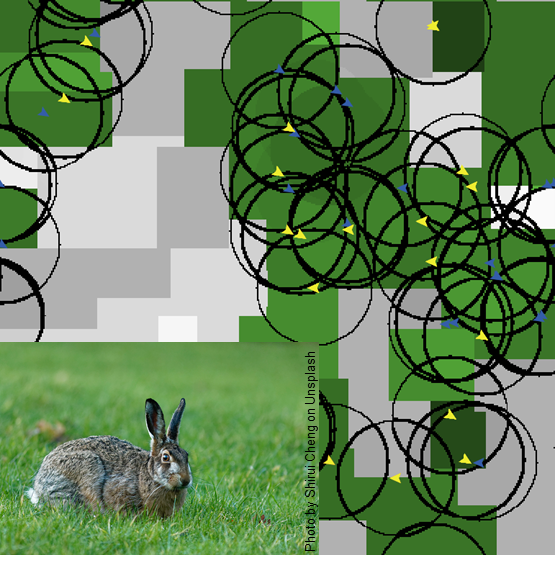 The model requires two input files which define the two different agriculatural landscapes which the model is able to represent. The model was evaluated using BehaviorSpace, therefore it does not include any file output.

The GUI includes elements which are guiding the use of the program.