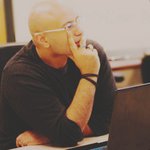 Joseph is an Intelligence Community Postdoc Fellow (ODNI/NCTC) co-located with the faculty of the Department of Computational and Data Sciences at George Mason University. Since his first day of university training at age 15 and having earned his undergraduate degree in Engineering:Physics at age 19, his 15 years of industry experience has been diverse, ranging from industrial engineering to people analytics.

Dr. Shaheen earned his doctorate in Computational Social Science from GMU with a dissertation on economic policy and population-scale data analysis of Internal Revenue Service records. There, he studied all U.S. firms from a biologically-grounded perspective under the guidance of Professor Rob Axtell’s research group.

Following his U.S. State Department-funded assignment with the NATO STRATCOM Centre of Excellence where he conducted large scale analysis and provided policy recommendations in the fight against ISIS/ISIL/Daesh, he has been a guest speaker on issues of Information and \textit{Social Media Warfare}–a term closely associated with his 2015 NATO report–at the Pentagon (J-39 SMA), NATO Defense Against Terrorism COE, National Defense University, OMCC and others.

A life-long scholar, Joe has received training from academic leaders in Social Network Analysis and has been recognized as an honorary Links Center Fellow in 2015 and by GMU’s Teaching Excellence award in 5 consecutive iterations.

He has appeared on CNN HLN, FOX NEWS, NBC News, Entrepreneur Magazine and has been invited to participate in the 2020 (postponed to 2021) Heidelberg Laureate Forum (Heidelberg, Germany) where he will spend time with fellow scholars of the mathematical and computer sciences as well as Fields Medal, Abel Prize, Turing Award, and Nevanlinna prize winners.

In his free time, Joe enjoys a sense of humor and practices portrait, landscape and wildlife photography. Even so - he admits, he has never been able to successfully take one decent photo of himself