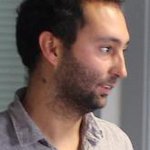 I discovered at the same time Agent-Based Modeling method and Companion Modelling approach during my master degrees (engeenering and artificial intelligence and decision) internship at CIRAD in 2005 and 2006 where I had the opportunity to participate as a modeller to a ComMod process (Farolfi et al., 2010).

Then, during my PhD in computer Science applied to Modeling and Simulation, I learned the Theory of Modeling and Simulation and the Discrete EVent System specification formalism and proposed a conceptual, formal and operational framework to evaluate simulation models based on the way models are used instead of their ability to reproduce the target system behavior (Bonté et al., 2012). Applied to the surveillance of Epidemics, this work was rather theoritical but very educative and structuring to formulate my further models and research questions about modeling and simulation.

From 2011 to 2013, I worked on viability theory applied to forest management at the Compex System Lab of Irstea (now Inrae) and learned about the interest of agregated models for analytical results (Bonté et al, 2012; Mathias et al, 2015).

My research is about modelling and simulation of complex systems. My work is to use, and participate to the development of, integrative tools at the formal level (based on the Discrete EVent System Specification (DEVS) formalism), at the conceptual level (based on integrative paradigms of different forms such as Multi-Agents Systems paradigm (MAS), SES framework or viability theory), and at the level of the use of modelling and simulation for collective decision making (based on the Companion Modelling approach (ComMod)). Since 2013 and my integration in the G-EAU mixt research units, my object of studies were focused on multi-scale social and ecological systems, applied to water resource management and adaptation of territories to global change and I added experimentation to my research interest, developping methods combining agent-based model and human subjects actions. 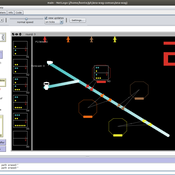