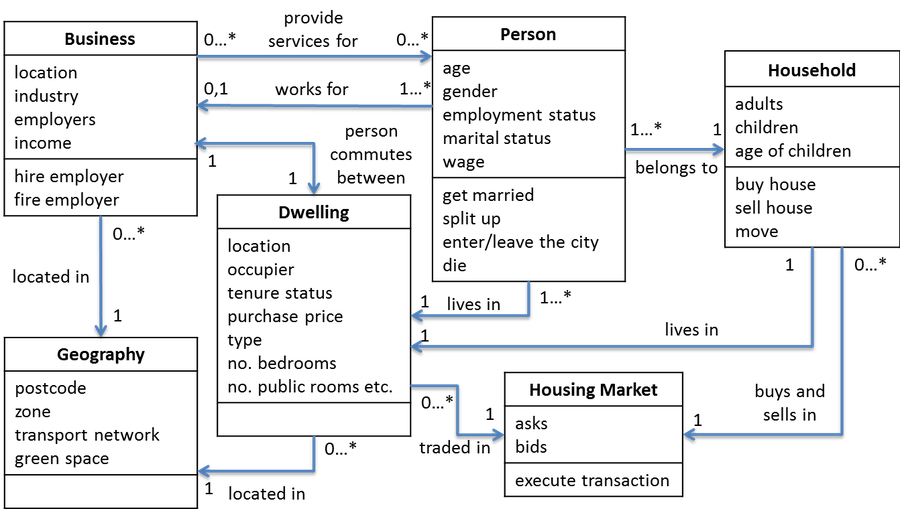 The model is developed in Repast Symphony and written in Java.