This release is out-of-date. The latest version is 1.3.0 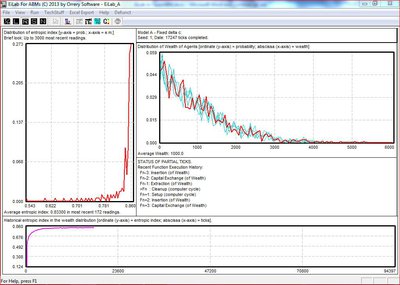 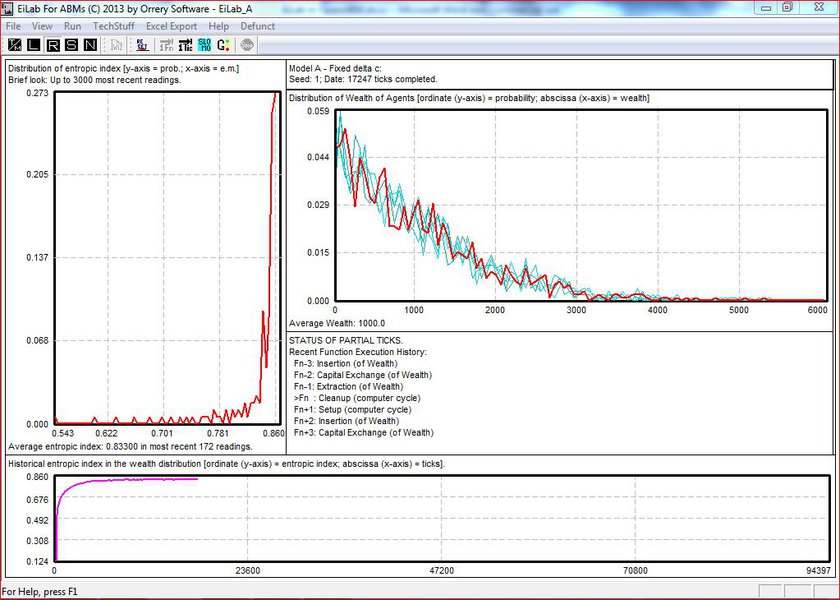 This is build 36 of an application that has changed name a couple of times as the study has progressed. Originally called CapEx (for capital exchange), it was renamed to EmLab (for entropic measure laboratory) and then to EiLab (for entropic index laboratory). It remains a work in progress. Models A through H are replications of the models described by Drăgulescu and Yakovenko (2000). Model I is used in a study of entropic indices in closed bounded capital exchange models. Model J is to be used in an as yet incomplete study of open bounded capital exchange models.

This model has not been reviewed by CoMSES Net and should be independently reviewed to meet the Open Code Badge guidelines.
You can use the following HTML or Markdown code to create an Open Code Badge that links to version 1.2.0 of this computational model.
Download Version 1.2.0
Contributors