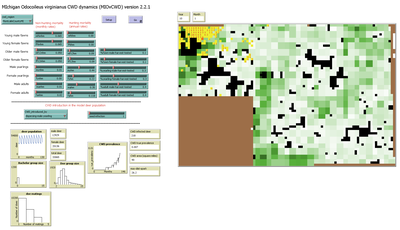 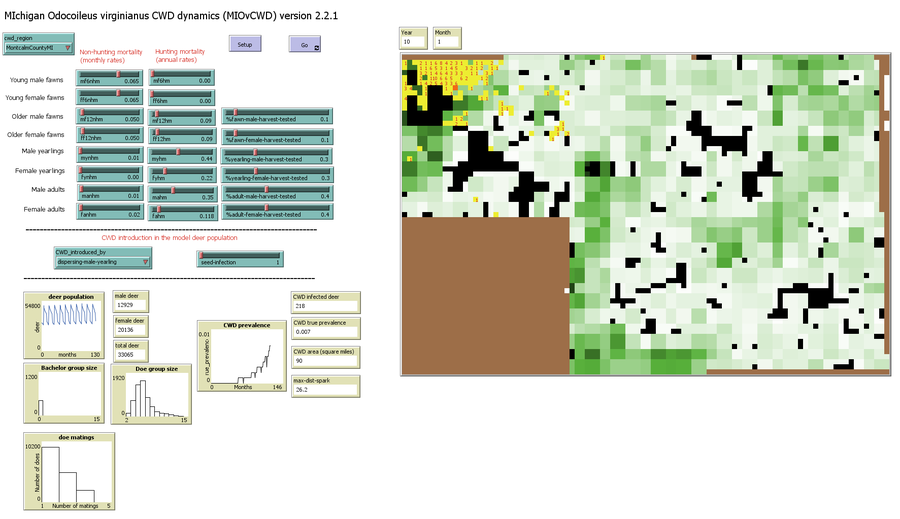 Version 2.2.1
Requires a .csv file that provides the dynamic contact structure for the white-tailed deer population. This file can be modified by the user.

This model has been reviewed by CoMSES Net and meets the Open Code Badge guidelines.
You can use the following HTML or Markdown code to create an Open Code Badge that links to version 1.0.0 of this computational model.
Download Version 1.0.0
Contributors