The model consists of three types of actors, waste suppliers, processor, and incinerators. The modeled waste supplier and processor are part of the ISN. In the model these agent types negotiate and evaluate the outcomes by means of the Theory of Planned Behavior. The modeled incinerator is part of the external environment. This agent acts as the infinite sink of all waste flows, taking up op the waste that is not used in the local composting initiative. 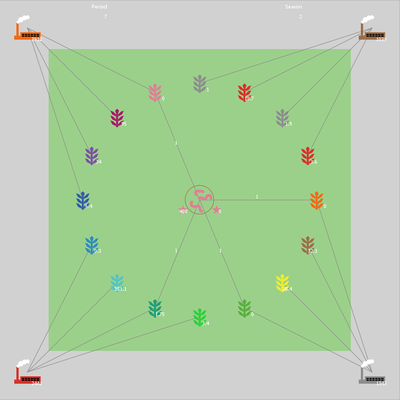 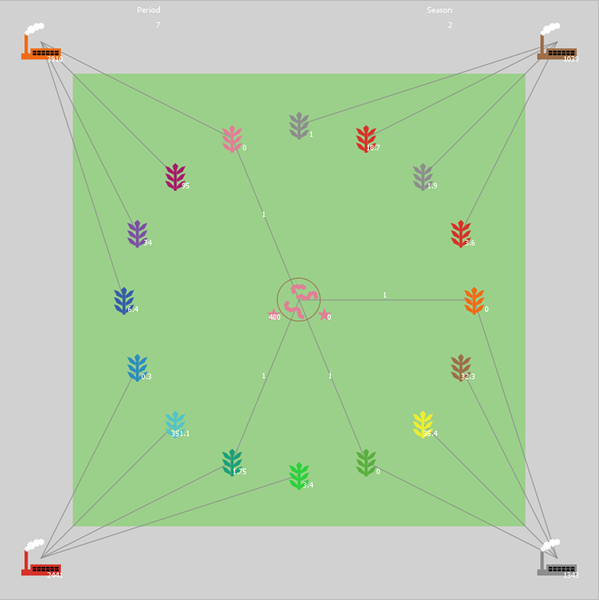 Industrial Symbiotic Networks (ISNs) consist of firms that exchange residual materials and energy locally in order to gain financial, environmental and social advantages. In practice, ISNs regularly fail when partners leave and the recovery of residual streams by the network ends. Regarding the current societal need for a shift towards sustainability, it is undesirable that ISNs fail. Failures of ISNs may be caused by actor behaviours that lead to unanticipated economic losses. In this paper, we explore the effect of actor behaviour on ISN robustness by using an agent based model (ABM). The model represents the implementation of synergies for local waste exchange and compost production. The constructed model is based on insights from both literature and participatory modelling in a real-world case. The Theory of Planned Behaviour (TPB) was used to model agent behaviour in time-dependent bilateral negotiations and synergy evaluation processes. The simulation results show how the modelled planned behaviour affects the cash flow outcomes of the social agents and the robustness of the network.

This model has been reviewed by CoMSES Net and meets the Open Code Badge guidelines.
You can use the following HTML or Markdown code to create an Open Code Badge that links to version 1.1.0 of this computational model.
Contributors