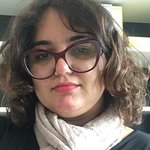 Raquel Guimaraes is a Postdoctoral Research Scholar at IIASA with support from the Brazilian Coordination for the Improvement of Higher Education Personnel (CAPES). She is hosted by the Advanced Systems Analysis (ASA), Risk and Vulnerability (RISK), and World Population (POP) programs. Dr. Guimaraes is currently on sabbatical leave from her appointment as an Adjunct Professor in the Economics Department at the Federal University of Paraná (Brazil), where she carries out research on, as well as teaching, economic demography, development microeconomics and applied microeconometrics.

In her research at IIASA, Dr. Guimaraes aims to contribute to the extant literature and to policy-making by offering a case study from Brazil, examining whether and how individual exposure to floods did or not induce affected migration in a setting with intense urbanization, the city of Governador Valadares, in the State of Minas Gerais. To elucidate the role of vulnerability at the household-level in mediating the relationship between mobility and floods, she will rely on causal models and simulation analysis. Her study is aligned with and will have support from, the Brazilian Network for Research on Global Climate Change (Rede Clima), which is an important pillar in support of R&D activities of the Brazilian National Climate Change Plan.