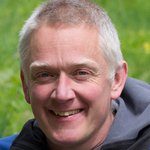 My research is focused on understanding the importance of spatial and temporal environmental variability on communities and populations. The key question I aim to address is how the anthropogenic impacts, such as disturbances of individual animals or changed landscape heterogeneity associated with climate changes, influence the persistence of species. The harbour porpoise is an example of a species that is influenced by anthropogenic disturbances, and much of my research has focused on how the Danish porpoise populations are influenced by noise from offshore constructions. I use a wide range of modelling tools to assess the relative importance of different sources of environmental variation, including individual-based/agent based models, spatial statistics, and classical population models. This involves development of computer programs in R and NetLogo. In addition to my own research I currently supervise three PhD students and participate in the management of Department of Bioscience at Aarhus University.

The model was developed as part of the DEPONS project (Disturbance Effects of POrpoises in the North Sea) at Aarhus University, Denmark. The code was developed in Eclipse/Repast, and must be installed under this framework. See http://www.depons.au.dk or contact Jacob Nabe-Nielsen ([email protected]) for more information.