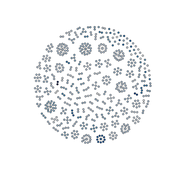 The Emergent Firm (EF) model is based on the premise that firms arise out of individuals choosing to work together to advantage themselves of the benefits of returns-to-scale and coordination. The Emergent Firm (EF) model is a new implementation and extension of Rob Axtell’s Endogenous Dynamics of Multi-Agent Firms model. Like the Axtell model, the EF model describes how economies, composed of firms, form and evolve out of the utility maximizing activity on the part of individual agents. The EF model includes a cash-in-advance constraint on agents changing employment, as well as a universal credit-creating lender to explore how costs and access to capital affect the emergent economy and its macroeconomic characteristics such as firm size distributions, wealth, debt, wages and productivity. 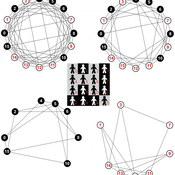 Endogenous dynamics of firms made up by networked agents: an exploratory analysis

This is an adaptation and extension of Robert Axtell’s model (2013) of endogenous firms, in Python 3.4 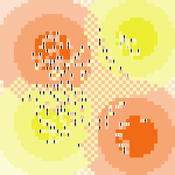 A replication in Netlogo 5.2 of the classic model, Sugarscape (Epstein & Axtell, 1996).

mobility effectiveforagingradius foragerinteraction logisticmobility residentialmobility
This website uses cookies and Google Analytics to help us track user engagement and improve our site. If you'd like to know more information about what data we collect and why, please see our data privacy policy. If you continue to use this site, you consent to our use of cookies.
Accept