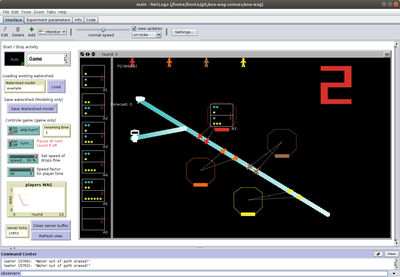 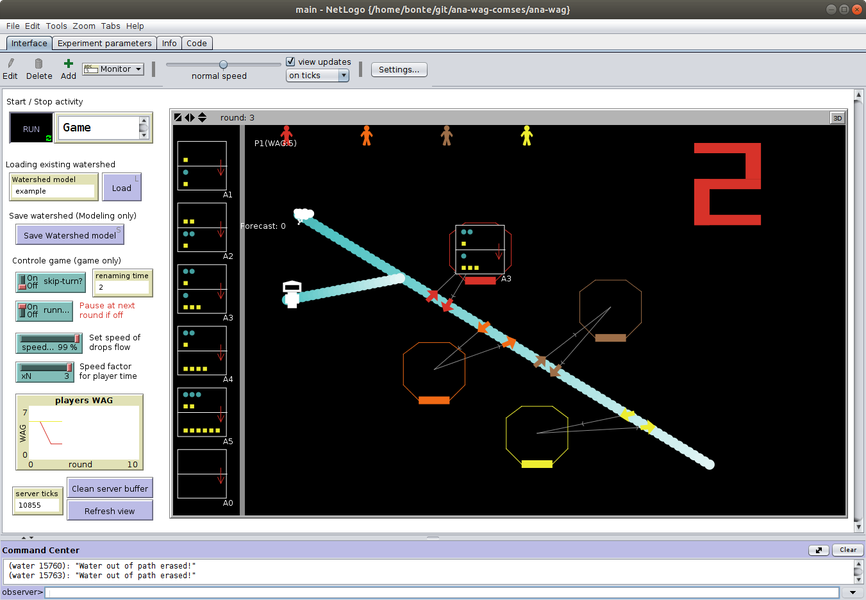 This is the first publish version of AnaWAG.
It allows to:
1. Build up a Wat-A-Game model representing a watershed (that may also be seen as an irrigated scheme).
2. Simulate the model by playing it as a network-game in an experimental design.
3. Simulate the model with computer agents instead of players.

The aim is to make possible to perform experiments in the understanding of contextualized experimental economics, in which subjects can build “role playing game” models as the one built during participatory processes and then play to the model they built. This version of AnaWAG was designed to realize the specific experiment presented in a scientific paper under review in the review “Envrionment modelling and Software. However it can be easily reused to design other experiments.

This model has been reviewed by CoMSES Net and meets the Open Code Badge guidelines.
You can use the following HTML or Markdown code to create an Open Code Badge that links to version 1.7.0 of this computational model.
Download Version 1.7.0
Contributors