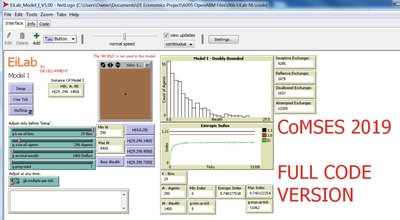 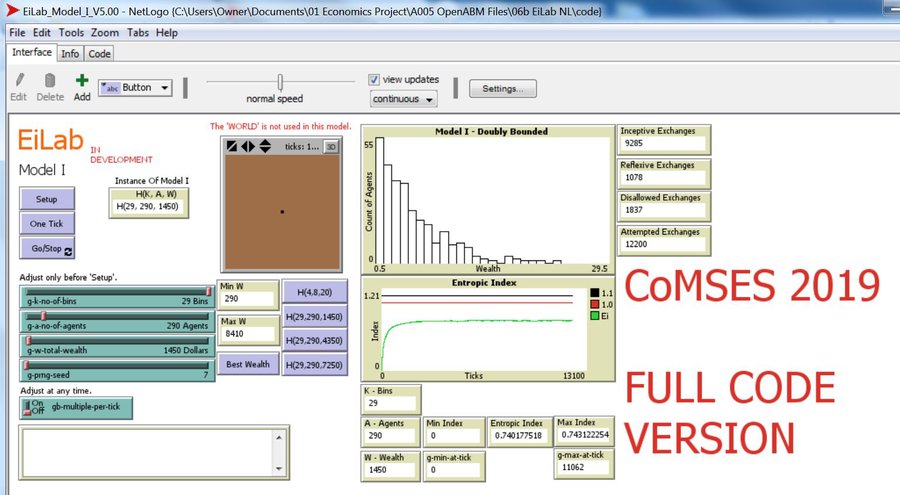 This is a NetLogo Version of just one of the models of EiLab V1.40. That program, written in C++, contains all eight of the BDY models discussed in the paper by Yakovenko and Dragulescu (2000). This is a replication of the ninth model - Model I. It includes an implementation of my most recent calculations of and “Entropic Index”, with an implementation of the GammaLn(x) function that can be used in most ABMs.

The purpose of this particular model is as a teaching tool, to teach students how to calculate entropy in agent-based models of sustainable economies. My development notes are bundled with the software.