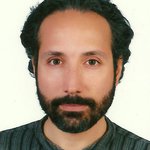 After completing my undergraduate education at Bilkent University (Turkey), I continued my studies at the University of Cambridge, receiving first my MPhil and then my PhD in Assyriology/Ancient Near Eastern Archaeology, funded by a Chevening Open Society Scholarship and the Board of Higher Education of Turkey. After teaching for several years at Çanakkale Onsekiz Mart University, I moved to eastern Turkey to start the Archaeology Department of Bitlis Eren University, and I was the Head of Department until the end of 2018. I have been a visiting researcher at the American Center of Oriental Research in Amman in 2011 (Mellink Fellowship), at the Oriental Institute of the University of Chicago in 2014 (Fulbright Fellowship), and at the Department of Archaeology and Ancient History of Uppsala University in 2019 (Swedish Institute Fellowship). I have also held a Newton Advanced Fellowship here at Leicester in the UK. I have previously co-directed several fieldwork projects: the Cambridge University Kilise Tepe Excavations (southern Turkey, 2009-13), the Cide Archaeological Project (survey, Black Sea coast, 2010-1), the Sirwan Regional Project (survey, northern Iraq, 2012-5), and the Lower Göksu Archaeological Salvage Survey Project (survey, southern Turkey, 2013-7). I am currently co-directing the Çadır Höyük excavations, which is a joint American, British, Canadian and Turkish archaeological excavation project conducted in north-central Turkey, and the Taşeli-Karaman Archeological Project, which was initiated in 2018 as a continuation of the Lower Göksu Archaeological Salvage Survey Project, to study the Göksu River Basin in its wider geographical context in the hope of better understanding its role as a network hub connecting the eastern Mediterranean world to the central Anatolian Plateau.