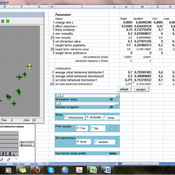 This is a short NetLogo example demonstrating how to initialize 500 agents with 4 correlated parameters each with random values by doing the necessary calculations in the program “R” and retrieving the results. 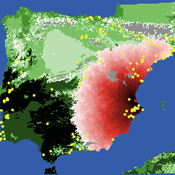 This model simulates different spread hypotheses proposed for the introduction of agriculture on the Iberian peninsula. We include three dispersal types: neighborhood, leapfrog, and ideal despotic distribution (IDD). 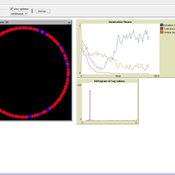 Social Closure and the Evolution of Cooperation via Indirect Reciprocity

Righi S., Takacs K., Social Closure and the Evolution of Cooperation via Indirect Reciprocity, Resubmitted after Revisions to Scientific Reports 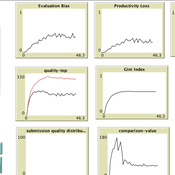 sociology of science peer review computational social science social science sociology of scientific knowledge
This website uses cookies and Google Analytics to help us track user engagement and improve our site. If you'd like to know more information about what data we collect and why, please see our data privacy policy. If you continue to use this site, you consent to our use of cookies.
Accept