The purpose of the model is to explore the influence of two circular business models (CBMs),
i.e. Circular Waste Management and Waste-as-byproduct, and its design options (consisting of design
variables) on CBM viability in case of Industrial Symbiosis Networks (ISNs). CBM viability is expressed
as supplier and processor cashflows in the ISNs and the survival rate of the ISN. Moderating variables
are environment and agent behaviour factors. The main performance indicators for viability of CBMs are
[1] the ISN survival rate (number of runs with surviving ISNs / number of total runs) and [2] the average
… 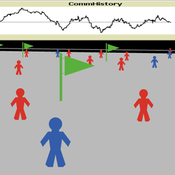 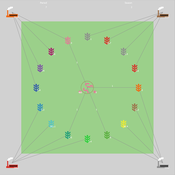 Simulated Evolution Senescence aging evolution Agent-Based Modelling
This website uses cookies and Google Analytics to help us track user engagement and improve our site. If you'd like to know more information about what data we collect and why, please see our data privacy policy. If you continue to use this site, you consent to our use of cookies.
Accept